I was really trying to make these blog updates a consistent weekly thing, but there goes Louisiana, interrupting my regularly scheduled programming with such stupidity with higher education that it stuns me temporarily paralyzed and delays my update.

Thursday, 11 February, was a big day over at the Robin house.  It was a friend’s wedding rehearsal (cheers), the post-New Hampshire Democratic debate (thanks, PBS), and a new episode of The 100.  Stellar stuff happening.  It was also the day that recently inaugurated Louisiana governor John Bel Edwards delivered a public address on the dire crisis in Louisiana higher ed.

In addition to the over-reliance on adjuncts in higher ed (which deserves its own rant one fine day), the hot mess unfolding the last seven years in universities in the Deep South state has been a fantastic trainwreck, slow-motion Michael-Bay explosion–and an unfortunate commentary on the condition of public higher education in the United States.  If you’re unfamiliar with the doomsday situation currently on the news, you can check out grim articles here and, for its effect on public universities, here.

Be warned: it’s a lot like the end of Donnie Darko.

In short, the state is facing a $940 million deficit for the current fiscal year (ending in June) and an anticipated two billion-dollar deficit for 2016-2017.  Thanks to the structure of Louisiana’s state charter (their last constitutional convention was in 1974, before the oil glut of the 1980s and the current one limiting revenue), the only unprotected funds are health care and higher ed, obviously two highly superfluous, absolutely unnecessary budgets.

The state economy’s near-total dependence on oil works great when gas prices are high, but not-so-much when the cost of filling my tank allows me the extra-tall hot chocolate from the corner Racetrack.  And whereas Texas learned from its mistakes in the 1980s and diversified its economy in the aftermath, Louisiana hasn’t, a situation made worse by the state’s reckless budget planning that relies too heavily on projected funds rather than money already stuffed in the proverbial mattress.

Since former governor (and former POTUS-hopeful/comic relief) Bobby Jindal took office in 2008, public universities in the state have suffered extraordinary cuts to their operating budgets, substantial loss of faculty and staff, the closures of departments and termination of degree programs, and tuition hikes to compensate the loss of state funding.

The latest anticipated wave of cuts is the worst yet.

Public university administrators in the state are baffled over what’s even left in the bare bones to cut.  Anticipating a $65 million cut, the LSU system proposed shutting down its agricultural center and undergraduate programs in dental hygiene and medical lab technology, a huge blow considering the LSU system operates a medical center in NOLA.  The University of Louisiana system (including 9 state colleges) proposed furloughing non-tenure-track faculty and non-classified staff to account for its share of $38 million.  Schools risk losing accreditation, much less attracting qualified professors to educate Louisiana’s future workforce.  TOPS, a state program to help high school seniors who meet academic standards fund college tuition, is out of money, and now universities are expected to absorb 20% of the necessary costs for TOPS students–in addition to the expected cuts incurred from the $940 million deficit.  If the immediate budget crisis isn’t met, universities warn they may need to suspend classes mid-semester.

So what’s left to cut?  After seven years of winter, these universities are out marrow and red blood cells and are down to pawning vital organs in back alleys to “doctors” with X-acto knives and styrofoam ice chests.  Most faculty have not received a cost-of-living raise in eight years.  Hell, the history department at Southeastern Louisiana University in Hammond has actually collected a voluntary donation if you want to drink the office’s stash of coffee.

Louisiana higher education has turned into the scene from Apollo 13 when Ken Mattingly dumps a box of odds-and-ends from the NASA space shuttle onto the table and tries to duct-tape-fix the power disaster/impending death of the crew.

Accurate representation of public university faculty not currently uploading their resumes to monster.com.

As much as I could rant and rave about the political shortcomings that created this situation in Louisiana, Christmas isn’t coming early.  I’d rather waste your time addressing the bigger ideological problem exacerbating this crisis: the popular perception of the professor.

See, on that same fateful Thursday, just to counter-balance all the amazing things that happened–like that killer fight scene in The 100, amiright?–I made a terrible, terrible mistake.  I went into the black hole no one should ever go: the comments section of news articles.

There, I was struck with gems such as these:

Before I get hit with peanut shells from the gallery, I’ll admit, fair-play, these select few comments I’ve picked out aren’t 100% representative of the comments I unfortunately spent the last few days reading.  But they are, nonetheless, still indicative of a popular modern attitude towards academia, one that leads to the vilification of universities as un-American, liberal centers with a sinister agenda and books like this one: Brainwashed: How Universities Indoctrinate America’s Youth, which has 3.5 stars on Amazon.

Considering Twilight has 4/5 stars, maybe I shouldn’t be so offended.

See, alongside the polarization of politics in recent decades and the long, long, long aisle in-between the red and blue, we can identify two radically opposing attitudes towards “the college professor.”

On the one hand, we’ve got Hollywood lauding the degree-toting, classroom-employed intellectual.  Indiana Jones, “the Professor” Hinkley building radios out of coconuts, Doc Brown, Robin Williams and Stellan Skarsgard in Good Will Hunting, the X-Men’s own Professor X.  Hell, even Professor Farnsworth.  Okay, so we’ve got a wide range of sanity there, but at least my generation and others grew up with a pop culture that respected academia’s elbow-patches.

On the other now, one exposed by the comments section of those Louisiana news articles: professors are cushioned, privileged positions that require 8 hours of work per week, protected by all the locks, fine dining, and financial security the Ivory Tower has to offer.  Must be nice.

The budget crisis in Louisiana has turned into political warfare between state Democrats and Republicans, with each side dug firmly in the trenches.  Even the legislators who are supposed to be addressing the crisis are polar-opposed between raising taxes and cutting down on spending.  State Treasurer John Kennedy wasted zero time airing a Republican response to Edwards’ doom-and-gloom speech, proposing more than 400 ideas in reducing spending.  It’s worth pointing out, as several have, that several of his proposals are based on years-old, even decades-old, data.

And the bystander at risk in this political war is higher education, an on-the-altar victim too many people seem eager to strike with the Iphigenia dagger.

Many Louisianans seem willing to sacrifice education just to ensure no new taxes, and still others see the potential loss to the university systems as good things, justifiable cuts.  The situation is so extreme in Louisiana that voters (beyond those directly affected) felt little outrage over Jindal’s massive budget cuts to higher ed during his eight years in office.  The current governor had to threaten the future of LSU football to get attention to the education crisis.  And still, commenters would rather see more sacrifices to their state’s education and health care systems than condone the sheer possibility of a tax hike.

If Louisiana were a Sy-fy disaster movie, there would be no one eligible to play the eccentric professor who discovers the apocalyptic disaster and narrowly averts the end of the world.  The state just doesn’t have the funds to support research and, *even if* the non-tenure-track instructor weren’t so busy teaching 300+ students a semester for subsistence wages to actually discover something important like an asteroid hitting earth or ice twisters, hardly anyone in the state would believe the poor schmuck.

The vilification of education is the death of our future.  Education is not the antithesis to hard-working, blue-collar Americanism.  Getting an education doesn’t mean the abandonment of values, and both a college-educated and a trade-oriented workforce are necessary for success.  It doesn’t take a degree to realize that.

I firmly believe that college is not for everyone, and we do an incredible disservice to our youth by stressing university as the “inevitable” next step and undervaluing trade schools.  But we need college-educated workforce to move forward as a nation.  Every time we devalue and demonize higher ed and those professors employed in the industry, we cripple our ability to innovate, learn, and progress.  We–even you, Louisiana–need thinkers, scientists, mathematicians, economists, and yes, even writers, philosophers, and historians.

The vilification of higher education needs to stop.  The applaud of ignorance needs to stop.  Get your act together–or don’t, Louisiana.  You’re already ranked 47 out of 50 in WalletHub’s 2015 assessment of public school systems, and your high school and college graduates are flocking away from the state’s workforce faster than Kanye can hit up social media for cash.  The shortsightedness in shooting university professors in the foot will catch up with the state’s long-term economy and stability.

The vital importance of public higher education in Louisiana is a bi-partisan issue.  However voters and legislators choose to solve it, Louisianans and the American population at large must realize that it is a problem that must be solved and that professors are worth the effort.

Song of the Post: “Sallie Mae Back” by Dee-1 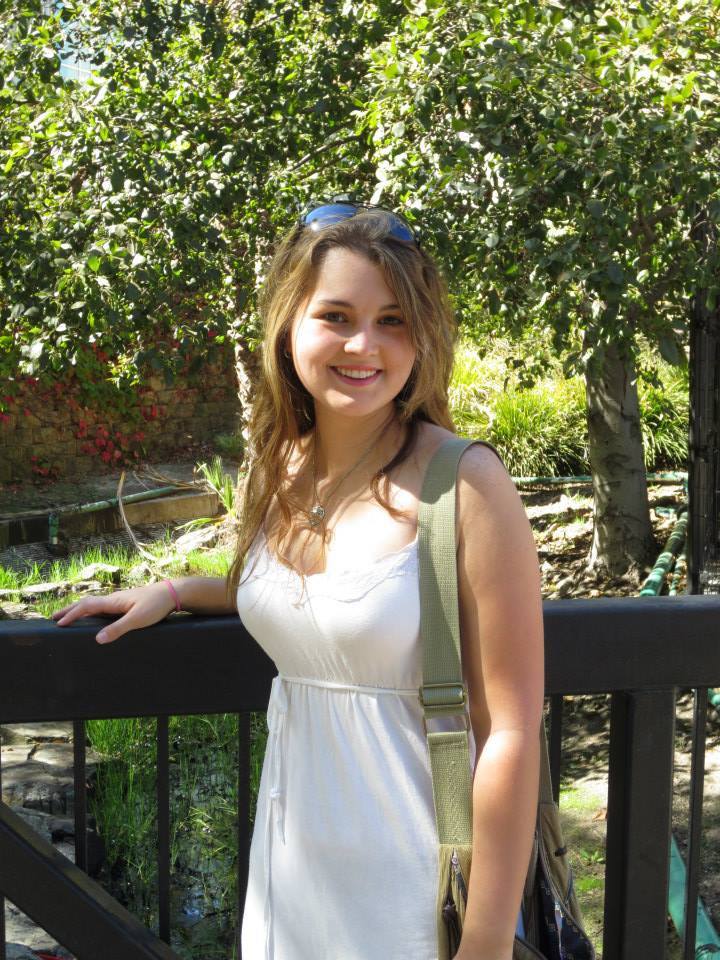